ST. LOUIS – Leaders in innovating and implementing solutions around food security and climate-smart agriculture from Israel and the United Arab Emirates join St. Louis innovation leaders for an inaugural symposium to mark the second anniversary of the landmark peace treaty, the Abraham Accords.

BioSTL is co-organizing the Trilateral AgriFood Symposium in partnership with the governments of Israel and the United Arab Emirates on October 26, 2022, at the Donald Danforth Plant Science Center in St. Louis, Missouri.

Featuring topics in sustainable agriculture, food waste, water efficiency, and alternative proteins, the Symposium shines a global spotlight on St. Louis’ powerful assets in agriculture innovation. St. Louis is home to the world’s largest concentration of plant scientists and to global AgriFood businesses, research institutions, national and state farming associations, and a vibrant AgriFoodTech ecosystem. Fifty percent of US agriculture is produced within a 500-mile radius of St. Louis.

“This Trilateral Symposium not only exemplifies the positive current and future political developments in the Middle East, but also brings together great minds in the global effort to overcome acute and concrete challenges that the world faces, such as climate chance and food insecurity,” said Maor Elbaz-Starinsky, Consul General, Israel. “St. Louis, Missouri, Israel, and the UAE in general, and BioSTL in particular, serve as an international hub for R&D and innovation on these issues, and this Symposium is an opportunity to exchange views on them.”

“This is the first trilateral event in the Midwest since the Abraham Accords were signed,” said Donn Rubin, Founding President and CEO of BioSTL. “This new partnership with Israel and the United Arab Emirates positions St. Louis in a unique, mutually beneficial trilateral relationship that could boost our own access to innovation, capital, and global partnerships.”

“With the signing of the Abraham Accords, there is strong interest among the UAE, Israel, and St. Louis, Missouri government, industry, and innovation leaders to build three-way ties between and among our respective AgriFood ecosystems,” said Saud Al Nowais, Commercial Counselor, Embassy of the United Arab Emirates in Washington, D.C.

A decade of BioSTL and its international innovation recruitment arm GlobalSTL connecting Israel-based innovators to St. Louis, and newer relationships established during a BioSTL visit to the UAE in December 2021 have led to this new trilateral partnership. The Symposium aims to strengthen trusted relationships with the Emiratis and Israelis as a foundation for future collaboration and establish St. Louis’ standing as a partner and AgriFood powerhouse in addressing important societal problems through agriculture innovation.

Sessions at the Symposium will explore challenges to be solved in each geography and highlight opportunities to collaboratively tackle shared obstacles. Sessions presented at the Symposium include:

Some of those innovative solutions to be presented at the Symposium include:

The Trilateral AgriFood Symposium will be livestreamed in a global broadcast. Register here.

About The Consulate of Israel

The Consulate of Israel in Miami is the official representative of Israel, serving as liaison between the state of Israel and Florida, Puerto Rico, Kansas and Missouri.

About The Embassy of the United Arab Emirates – Washington, D.C.

Led by His Excellency Yousef Al Otaiba, Ambassador to the United States and Minister of State, the Embassy of the United Arab Emirates is based in Washington, DC.

Since 2001, St. Louis nonprofit BioSTL has laid the foundation for the region’s innovation economy with a comprehensive set of transformational programs that advance St. Louis’ leadership in solving important world challenges in agriculture, medicine, healthcare, and other fields. BioSTL has introduced nationally acclaimed initiatives in startup creation and investment (BioGenerator), strategic business attraction (GlobalSTL), physical environment (including the Cortex Innovation District and BioGenerator Labs), entrepreneur support, seed and venture capital, a diverse and inclusive workforce, and public policy. Find us online at biostl.org and follow us on twitter @BioSTL. 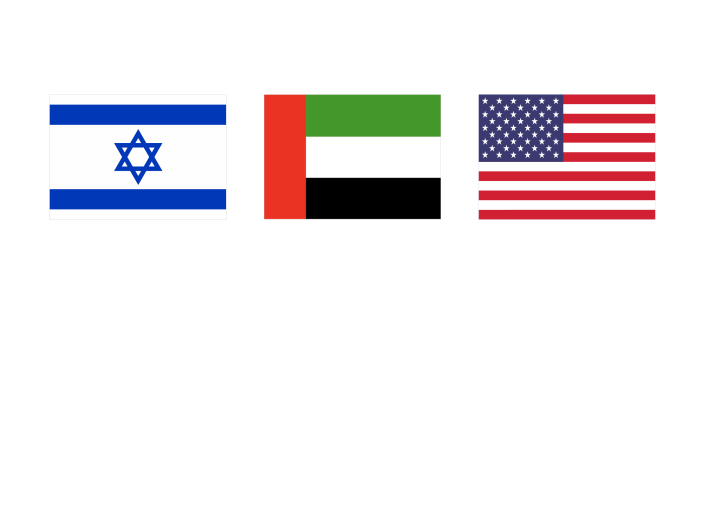