The Legacy of Our Founder, Dr. William Danforth

It is difficult to put into words the sense of loss I feel this evening with the passing of BioSTL‘s founder and my mentor for the past two decades, Dr. William H. Danforth.

It is no exaggeration to say that without Bill’s selfless leadership and vision, none of our organization’s accomplishments would have been achieved.

The news is fresh and I wish to be brief this evening. We will share more thoughts and stories of Bill’s contributions to our organization, to our community, and to our world in the coming weeks.

This is a deep loss for the entire BioSTL family. We feel pride in knowing that BioSTL is one of Dr. Danforth’s many legacies and we pray that our work will fulfill his vision of improving our St. Louis community and the world.

Donn Rubin spoke with KMOX's Michael Calhoun about the life and legacy of Dr. Danforth

BRIAN KELLY:  This week we lost Bill Danforth, one of the most influential men in St. Louis -- a champion of St. Louis. Our Michael Calhoun takes a look at the impact of William Danforth.

MICHAEL CALHOUN:  Brian, Danforth’s family founded Ralston Purina, but he got into medicine and eventually education instead. He was chancellor of Washington University for 24 years, and spent 65 in service to the school. Wash U’s flagship Hilltop Campus was renamed the Danforth Campus for him. BioSTL president, Donn Rubin, says Danforth brought tremendous positive change to the St. Louis region.

DONN RUBIN:  Over the last 12 hours or so, I have gotten so many notes from around the city, the country, and beyond about Dr. Danforth. One person described him as perhaps the most impactful St. Louisan of the 20th century, and that might be right. He had an amazing character, and the ability to mobilize people and respect people in a way that really brought tremendous positive change for the institutions that he led, and for the community that he loved.

MICHAEL:  You might know his name from the Danforth Plant Science Center in Creve Coeur or know his work from the Cortex Innovation District, his work led to St. Louis becoming a national hub for bio-research.

DONN:  There were several times over the years where I would sit on a panel at a national meeting with peers from other cities, and I would be asked, what’s the secret to the success in St. Louis of building this bioscience cluster? What’s the secret sauce? And I would share with them that we have a secret sauce that your region just cannot duplicate, and that is Bill Danforth. Bill Danforth, as our founder and our leader, brought a combination to our work of, first of all, a passion for medicine and human health, and a passion to feed the world through better agriculture. He brought knowledge and expertise in those areas, he brought resources and influence, and he brought the ability to convene people in a way I’ve never seen anyone else have that ability. He was so trusted, so respected, and during his lifetime and career of leading Washington University in St. Louis and other activities that he led in our community, he did so much for so many people that he had so many chits to call in later in his life. Everyone owed him something, or saw themselves as owing him something. So having the passion, the ability to direct resources, and that universal trust within the community was a rare combination. Most other cities just don’t have that wrapped up in one person.

MICHAEL:  And in a fragmented region, Rubin says Danforth’s ability to bring people together is going to be missed.

DONN:  This ability to convene cannot be overstated. Bill said to me once that everybody loves coordination, but nobody wants to be coordinated. That was very insightful. He had the deft ability to engage people, respect them, motivate them, and steer a collective of smart and talented people toward a common objective, all while giving credit to others. And our organization BioSTL has benefited from that. We say that we have what we often call “Bill Danforth DNA,” and we’re very proud of that and the way we do our work. 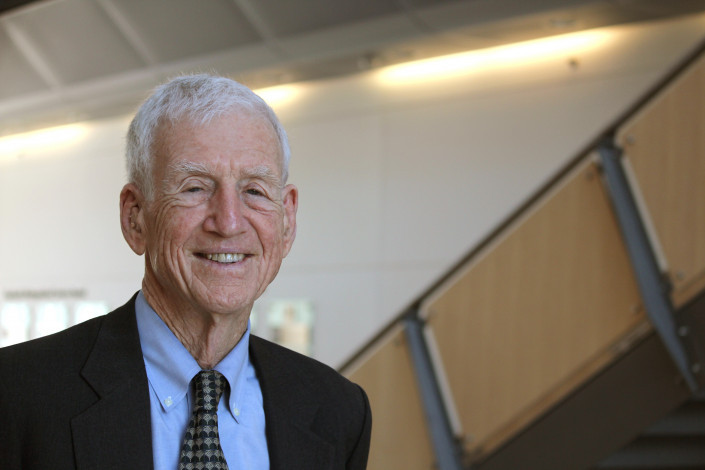