By Kathleen Berger, Executive Producer for Science & Technology, HEC-TV | May 29, 2022

BioGenerator is a force for innovation in St. Louis. The people behind the bioscience startup companies inside BioGenerator Labs have a chance to bring life-changing science to market. They are taking a shot at creating something new with far reaching benefits for the improvement of health and quality of life across the globe.

“Uniquely, BioGenerator is the only investor that invests exclusively in St. Louis companies. These are companies right here in the BioGenerator Labs that are quite literally developing cures for cancer, tools to work quickly and more accurately detect cancer and other diseases, treatments for new ailments, vaccines, and sustainability in agriculture, as well as develop healthier foods like plant based proteins, for example,” said Maggie Crane, director of communication for BioSTL.

Crane works alongside startup companies supported by BioGenerator, the investment arm of BioSTL.

BioGenerator Ventures has an overall investment portfolio of more than 50 active St. Louis startup companies, comprised of some of the region’s most-promising and fastest-growing companies including Benson Hill, MediBeacon, Arch Oncology, Geneoscopy, CoverCress, SentiAR, and Wugen.

Combined, BioGenerator Ventures portfolio has raised $2.2 billion in follow-on capital. Crane explained that 85% of the $2.2 billion invested into St. Louis startups is from venture capital funds and other professional investors located outside of the St. Louis region.

“That is incredibly impressive and really putting St. Louis on the map that venture capital is now coming from all over the world,” said Crane. “So for perspective, it took nearly two decades for the BioGenerator portfolio to raise that first billion dollars. And in the past year alone, it’s raised an additional billion dollars plus.”

Crane said that nearly 94% of follow-on capital raised in 2021 alone came from investors outside of St. Louis. BioGenerator Ventures has leveraged $59 for every $1 it has invested. Much of the recent success involves one company in BioGenerator Venture’s portfolio.

“Benson Hill. It went public last year. It is an agriculture company that is developing higher protein soy beans that can then be turned into plant based meat,” Crane explained. “When it went public on the New York Stock Exchange, it was valued at over a billion dollars. There was a time when Benson Hill very first started here in St. Louis, that BioGenerator paid to keep the lights on! It helped to pay the Ameren bill, as well as to fund their staff to keep them going. They were down to their last nickel and BioGenerator stepped in to float them to keep them going. So if you look back at early days of Benson Hill, it may not have happened. We may not have seen them on the New York Stock Exchange if it had not been for that very early de-risking money that BioGenerator put in.”

“I think a lot of people might be surprised to know that this level of innovation and technology is happening in their own backyard,” said Crane. “St. Louis is really spring boarding our entire metro area to the world stage because of our success in bioscience. That’s also something that’s been neat for me personally – that this is cool work! I literally have colleagues who are developing cures for cancer and new vaccines. It’s impressive. It’s big. It’s important work! And it’s happening right here in St. Louis. And I think a lot of people don’t know that! I love it.” 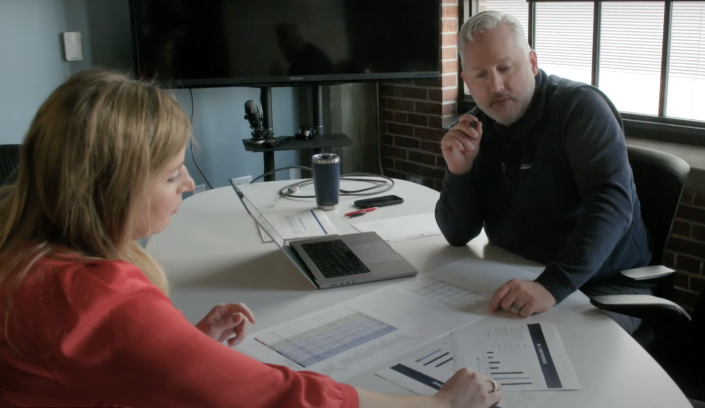