The Danforth Plant Science Center has long been a fertile source of startup ideas, and now it’s taking extra steps to push research from the lab to the marketplace.

In February, the non-profit research institution set up a for-profit subsidiary called Danforth Technology Co. to invest in and advise startups based on its scientists’ work. Last month, DTC marked its first success when a company called Peptyde Bio raised $1.2 million from investors.

Peptyde Bio is based on 20 years of work by two Danforth Center scientists, Dilip Shah and Kirk Czymmek, on molecules called antimicrobial peptides. Plants make these naturally occurring substances to protect themselves from disease, and the hope is that they can someday replace chemical pesticides.

Tom Laurita, former chief executive of New Leaf Symbiotics, heads DTC and is interim CEO of Peptyde Bio. He said the new firm’s ties to the Danforth Center allow it to have a lean structure, accomplishing a lot with relatively little capital.

“Any startup, any venture-funded company would be happy to have access to the facilities Danforth has and not have to buy million-dollar microscopes and other equipment,” Laurita said. “That’s a big deal.”

Six PhD scientists employed by the Danforth Center are working for Peptyde under a sponsored research agreement. They include a team working on machine-learning software that will figure out which peptides are effective against certain diseases.

Laurita said commercializing new technology has always been implied in the Danforth Center’s mission statement, which calls for feeding the hungry and improving world health. “We want to increase the value to society of the great science being done here,” he said.

DTC was established, he said, “to be very intentional and make it easier” for academic scientists to embrace the business world.

“Not every principal investigator wants to do a startup,” Laurita said. “They’re focused on their academic career, but plenty of them have said to me, ‘I’ve thought about doing a startup but I just didn’t know where to start’.”

St. Louis has other investors who are focused on early-stage agriculture firms, including the BioGenerator-led group that saw Danforth scientist Todd Mockler’s research a decade ago and turned it into Benson Hill, now a publicly traded ingredients and technology company.

“The creation of DTC is a sign that the board and leadership of the Danforth Plant Science Center sees commercialization as a priority,” Rubin said. “A healthy ecosystem has multiple players that are all rowing in the same direction, positioning companies to be investable. The more the merrier for St. Louis.”

BioGenerator invested in Peptyde Bio alongside the St. Louis Arch Angels, DTC and venture fund QRM Capital. Laurita said he was pleased to find plenty of local investors for Peptyde’s pre-seed round, which was oversubscribed. “St. Louis is not Silicon Valley in terms of venture capital, but it’s growing,” he said.

Local investors can expect to hear pitches from other Danforth Center entrepreneurs, too. Laurita said he’s looking at four other technologies from the center’s labs, at least some of which have the potential to become future startups. 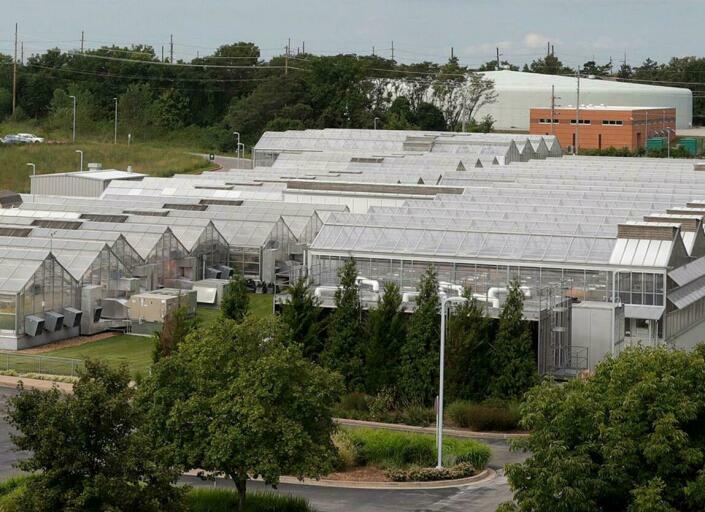