Rural Americans are older and sicker than urban residents, but they have less access to health care. Industry group BioSTL is attempting to close that gap with technology.

The group already has brought a British company’s telemedicine technology to 10 southeast Missouri counties and a remote physical therapy program to hundreds of rural residents served by Concordia Health Plans. It has arranged a pilot project for elderly veterans that shows promise for improving their physical and mental health.

The three projects were made possible by an effort called GlobalSTL, which brings in foreign technology companies to meet with local health-care systems. Once BioSTL realized that several of those companies could meet an urgent need in rural communities, it decided to formally launch a Center for Rural Health Innovation.

“Bringing the person to health care is the old model, but technology makes it possible to bring health care to the person,” said Vijay Chauhan, project lead for GlobalSTL. “In rural communities, that is the better approach.”

When Uniper Health, an Israeli company, presented its technology at a GlobalSTL event in 2019, it caught the attention of officials at the Veterans Administration in St. Louis. The VA knows that older veterans, especially those in rural communities, are prone to social isolation, which is bad for their health.

Many older patients aren’t comfortable using a computer or smartphone, but Uniper turns an ordinary television into a two-way communication device. In a pilot project, it’s connecting 100 veterans in Missouri and Illinois with exercise classes, bingo games, discussion groups and virtual physician visits.

Early results are encouraging. The Uniper users report that they’re exercising more, have fewer days when they feel unhealthy and are less prone to feelings of anxiety or depression.

“We’re looking to take care of the social aspect of isolation, which leads to depression and can affect the health of the veteran,” said Kyle Robinson, a clinical coordinator at the St. Louis VA. “We’ve had positive feedback from almost all of our veterans.”

After an initial video consultation, Sword’s therapists load a treatment program on a tablet. It is delivered to the patient’s home along with sensors to record, for example, how far the person can raise an arm after a shoulder injury.

The program’s instant feedback helps the patient learn to do the exercises correctly, and lets the therapist see how the patient is progressing.

People are more likely to do the therapy their doctor prescribes when it doesn’t require a long drive to the therapist’s office.

“Compliance with in-person physical therapy is not great,” said Peter Welsh, a Sword regional vice president. “Our data show it’s only about 30%, but with our program, 89% of recommended sessions are completed.”

More foreign companies are coming to town next week for a GlobalSTL innovation summit, and Chauhan said several of their products will be useful in rural areas. The new center will also look for domestic technologies that fit the rural market.

The center’s initial focus is on Missouri and Illinois, but Chauhan has had discussions with providers in Indiana, Kansas and Tennessee. He thinks the center could eventually have a nationwide footprint.

Technology companies, Chauhan said, usually look to launch their products in urban areas where they can scale up quickly. He wants to open their eyes to areas with less population density, but plenty of pressing needs. 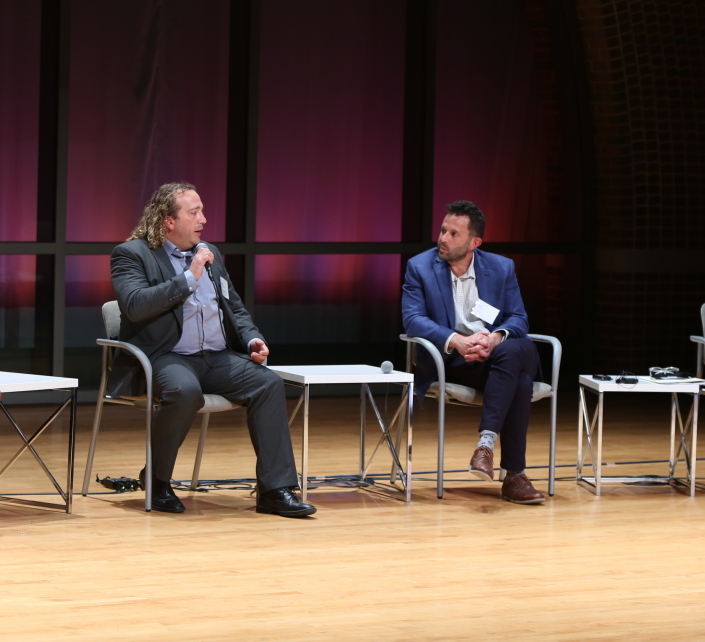