Unless you live or work around Cortex -- surrounded by BJC, the Washington University Medical Campus, the Central West End, the Grove, Ikea and Saint Louis University -- chances are this innovation community is only something you have heard or read about. Or if you venture out to eat at the award winning Vicia, The Chocolate Pig or one of the many frequent food truck events around lunchtime, you may have walked through this district without ever knowing where you were.

But the Cortex district is one of the hottest areas of growth and promise for the entire region, attracting talent, start-ups and investments from around the world. Now housing, hotels, restaurants and crowds (pre- and post-Covid of course) of people who would have never stepped foot here are coming in droves (literally bus loads). As a bonus, the district is garnering recognition from media around the world. 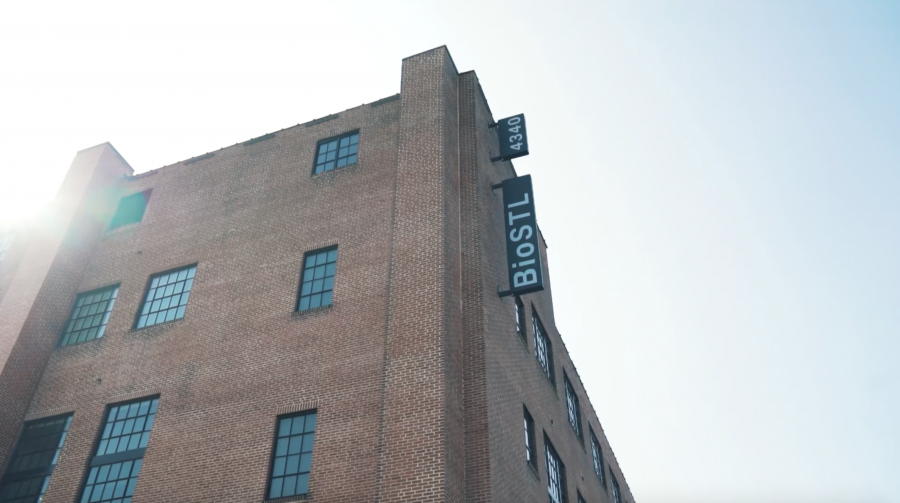 As part of our new feature called Worth Funding, I decided to highlight the brilliant work of BioSTL, which preceded Cortex (the place), and now after 20 years is credited with bringing in more than $1 billion in investment capital, building hundreds of local start-ups and attracting dozens more tech companies from around the world to St. Louis. Best described as a “beehive of activity” by its leader Donn Rubin, BioSTL is truly St. Louis’ competitive advantage in a global economy.

Depending on how long you have lived in St. Louis, what you studied in school or what you do for a living, chances are, like me, you don’t know many scientists, technologists, geneticists or researchers. But we need to acknowledge that they are the rock stars and future of our St. Louis economy. They will rebuild our city by bringing it extraordinary wealth, intellectual competitiveness and life-changing discoveries that will renew the lifestyle of our region that has slowly been fading for more than 100 years. So it only makes sense that we cover this thriving innovation community and celebrate its brightest stars.

Some 20 years ago, Dr. William H. Danforth, chancellor emeritus of Washington University in St. Louis and founding chairman of the Donald Danforth Plant Science Center, came to the realization that we needed to do much more to attract and keep talent, businesses and investment capital. His vision at the time was to build a broad ecosystem and the infrastructure to incubate successful start-ups. This would include mentoring, support, facilities and capital (angel, seed and venture capital) so we would not lose out to East and West Coast cities. He was tired of “St. Louis being the farm team while other cities got the economic benefit from what started here,” according to Rubin. He had the vision to see how St. Louis could grow into a world leader in medicine, healthcare, plant science, agriculture and technology...solving the world’s most pressing problems including pandemics, cancer and hunger. 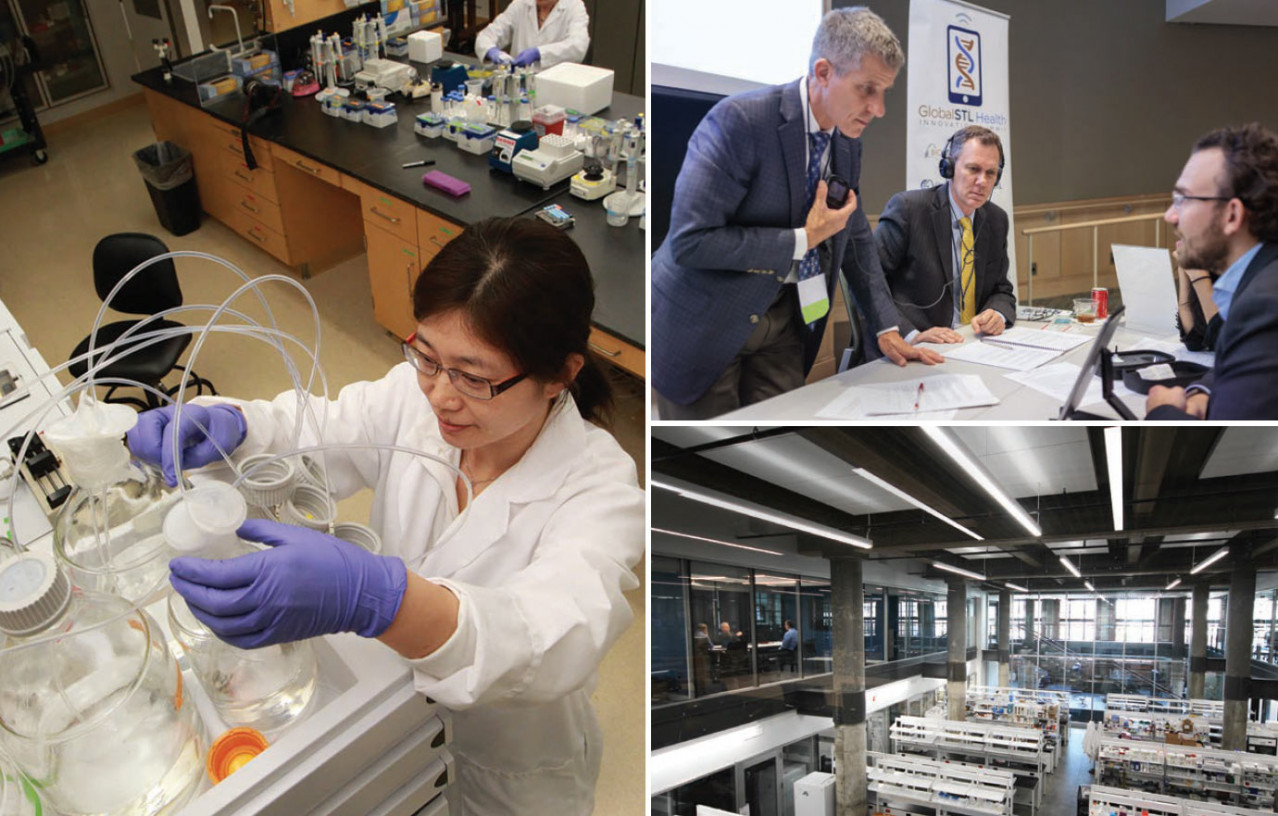 Dr. Danforth’s challenge is as true today, if not more pressing. Rubin asks, “How do we have a thriving innovation community so that St. Louis is not left behind and we become increasingly relevant in the 21st Century economy? How do we make sure St. Louis companies are acquirers and not being acquired?”

It has helped start more than 150 companies, attracted more than $1 billion of start-up and growth capital and recruited 19 cutting-edge, global businesses to establish a presence in St. Louis and grow their businesses here. Companies from the Middle East, Europe and South America already have moved here. BioSTL expects many more.

Less than a year ago, BioSTL brought all of its programs across the innovation ecosystem under one roof in the new BioSTL Building at 4340 Duncan Ave. within the Cortex Innovation Community. The building’s centerpiece is BioSTL’s BioGenerator Labs, currently housing 60 startups with teams of scientists supported by BioSTL’s investment arm BioGenerator. It’s a place where the BioSTL team helps ensure that these companies will be able to keep their talent, tech and brilliance in St. Louis.

In competing to attract innovative start-ups from around the world, BioSTL’s international recruitment arm, GlobalSTL, is successfully making the case that St. Louis is a great place to locate their North American headquarters. Businesses used to head to Boston and San Francisco because of the capital available in those cities. But now, according to Rubin, companies are looking for “business relationships to drive revenue.” Revenue is the best kind of capital for sustaining a business. And St. Louis has delivered on many levels.

The CEO of an Israeli company moved his family -- and his team -- to St. Louis after GlobalSTL helped land a deal with Ameren. Other international companies have found success in St. Louis through the annual GlobalSTL Health Innovation Summit. Centene, Express Scripts, Washington University, SLUCare and the St. Louis Veterans Administration have all incorporated technology from international companies to increase their competitive advantage, thanks to the business relationships developed for them by GlobalSTL.

A recent overseas company said, “We got more done in 24 hours in St. Louis than six months in Boston.” We need to hear more of that!

For our affluent readership, BioSTL is only constrained by its limited resources. If you want to be a part of the “beehive,” there are two ways to get involved: as a philanthropist and/or as an investor. I would recommend arranging a visit with BioSTL’s Donn Rubin, his impressive team, and a couple of the local companies BioSTL is helping to grow or the international companies that have relocated here from across an ocean. It won’t take much to convince you that BioSTL is making a profound difference in our economic future and the work being done here will surely make you proud. 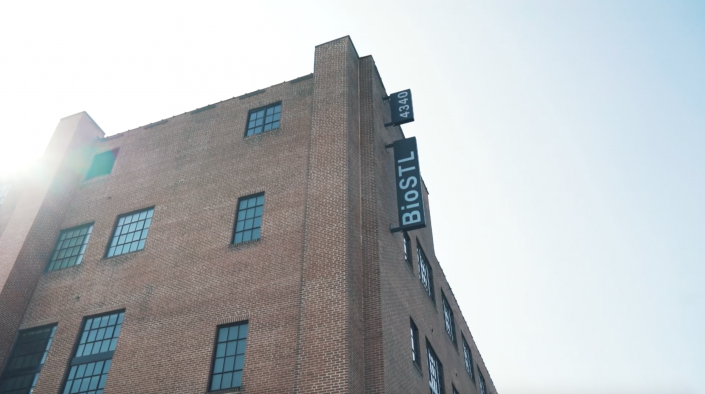