Guest column: Missouri's next U.S. senator must continue the legacy of championing science and innovation

St. Louis has entered its third decade building an innovation economy stood up by its unique strengths in agriculture and medicine, bolstered by federal support to create new companies and new jobs. In St. Louis alone, the bioscience economy represents more than 19,000 jobs with average annual earnings at more than $116,000, but that momentum is at risk without a strong champion in the United States Senate.

On Nov. 8 we will choose a candidate to represent Missouri in the Senate seat occupied for 12 years by retiring Sen. Roy Blunt, and for 24 years immediately before by Sen. Christopher “Kit” Bond.

Plenty of ideological and partisan policy issues divide us this election cycle. But one issue that should be neither partisan nor divisive is maintaining our country's leadership in science and innovation, especially in the areas of medicine and agriculture, two of St. Louis and Missouri’s great strengths.

Since the middle of the last century, the United States has led the world in innovation – from basic scientific research (think of investment in the National Institutes of Health, which has led to life saving medical diagnostics, treatments and cures) to sustainable agriculture and breakthrough information technology, telecommunications, and artificial intelligence – driving U.S. business success, protecting national security and creating quality jobs.

Senators Blunt and Bond leveraged their legislative seniority and influence to drive constructive science and innovation policy for the national good for a combined 36 years. Their Missouri constituents have been among the prime beneficiaries, through our public and private universities, medical schools, hospitals and businesses.

In his role as ranking member of the Senate Agriculture Appropriations Subcommittee, Sen. Blunt supported steady increases in federal resources for agricultural research.

Sen. Blunt secured millions to construct a new plant bioscience lab at the University of Missouri focusing on plant breeding and genomics. As the former chairman and current top Republican on the Senate Appropriations Subcommittee that funds Health and Human Services, Sen. Blunt helped increase funding for the NIH by nearly 43% over the past six years (nearly $13 billion), substantially increasing investment into pediatric cancer research and quintupling research funding targeting Alzheimer's disease.

Sen. Bond was instrumental nearly two decades ago in giving legislative legs to an idea conceptualized by my mentor Dr. William Danforth to establish a National Institute of Food and Agriculture that is now helping assure America's superiority in agtech innovation. Sen. Bond was long a member of the Senate's biotechnology caucus and chairman of the appropriations subcommittee that funds the National Science Foundation. During his Senate tenure, Bond secured more than $300 million for biotechnology research, including $40 million for a University of Missouri life sciences center, and support for St. Louis’ Donald Danforth Plant Science Center.

Importantly, both Sen. Bond and Sen. Blunt recognized the connection between breakthrough discoveries and economic vitality. Both specifically supported science and programs that convert scientific discovery into new products, quality jobs and economic growth. Examples include the Regional Innovation Program of U.S. Department of Commerce and the Regional Innovation Clusters program of the Small Business Administration, both of which my organization, BioSTL, has utilized to accelerate entrepreneurial and startup growth in St. Louis.

Both senators have enabled nonprofit entrepreneur support organizations like BioSTL to multiply our positive impact on the St. Louis economy. These federal programs help us create a path for promising innovation to have a chance to simultaneously create jobs and improve people’s lives. Exciting local startups supported by BioSTL are enhancing longevity, developing vaccines to ward off disease, and training the body's natural defense system to find and destroy cancer.

These two senators have enhanced Missouri’s reputation on the national stage by championing public policy that helps bring lifesaving and life-enhancing technologies to market while ensuring America remains the world leader in science and innovation.

Through legislation like the CHIPS and Science Act, passed this summer, aimed at increasing U.S. competitiveness, we are likely to see a continuance of the recent surge in federal resources dedicated to job creation through innovation. With St. Louis’ outsized strengths in medical and agricultural sciences, we have the potential to benefit disproportionately.

Without a senator championing for Missouri, we’ll miss a crucial opportunity to secure St. Louis’ place at the top of the innovation economy.

Whatever party you may support, I urge you to consider each candidate's position and commitment to extend Missouri’s proud leadership in science and innovation.

Donn Rubin is founding president and CEO of BioSTL, a nonprofit that nurtures and promotes St. Louis as a technology an innovation hub. He is also founding chairman of Missouri Cures, which promotes and protects medical research in the state. 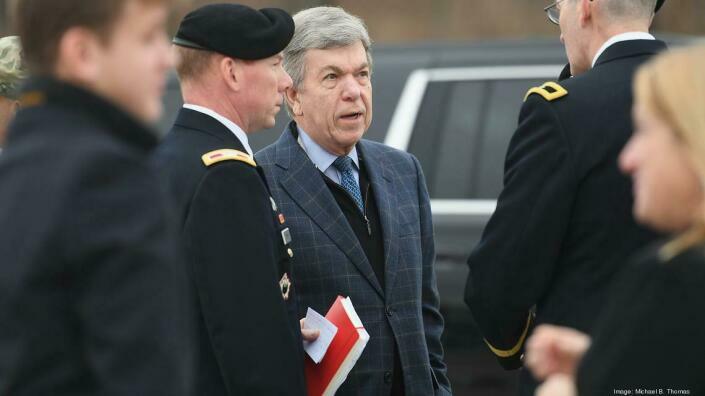