This Week in Washington: Advocating for Strong Federal Policies to Support Innovation

ST. LOUIS – BioSTL’s VP of Programs Ben Johnson has been tapped to chair the Innovation Advocacy Council (IAC), a national group educating and advocating for strong federal policies that support the growth of our national economy through innovation and entrepreneurship.

BioSTL is a co-founder of the IAC, whose members represent more than two dozen innovation centers around the United States working together to educate policymakers and elected officials on issues related to innovation, economic development, entrepreneurship and technology. IAC aims to grow the innovation economy through federal legislation, programs and funding that support innovators and entrepreneurs on the ground.

The IAC’s policy agenda is focused around seven principles for providing solutions for job creation and economic growth that include:

IAC is an initiative of SSTI , a national non-profit resource for those involved in technologybased economic development. During this week's SSTI Conference in Washington, D.C., Ben and other members of the IAC will meet with policymakers to support sustained federal investment in education and entrepreneurship as Congress completes the FY 2018 budget before October.

“Ben will be the primary driver and leader of our policy work in Washington, which will impact the nation,” said Dan Berglund, President & CEO of SSTI. “Bolstering the innovation economy will keep us globally competitive, and it will help address some of our most serious problems at 2 home: by creating more good, high-paying jobs and expanding access to the kinds of products and cures that improve all Americans’ quality of life.”

“During the past four years on the Innovation Advocacy Council, Ben has proven to be an influential thought leader driven by a passion to support entrepreneurs and grow the innovation economy,” said Mike Cassidy, President & CEO of the Georgia Research Alliance and outgoing IAC chair. “Over the coming months, Ben and I will work together to sustain the IAC’s momentum and engage additional partners from coast to coast.”

“The goal is to turn ideas into products and jobs that boost our collective quality of life, and supportive federal policies and partnerships are critical to making that a reality,” Johnson said. “I am honored to take on this role to carry forth the efforts of my colleagues around the country. Helping our nation capitalize on the innovations of our scientists and the ideas of our entrepreneurs to create economic opportunity is a bipartisan issue that connects rural and urban communities across the U.S.”

Coming on the heels of BioSTL's national recognition as a top bioscience cluster and model for other cities, Ben will leverage BioSTL’s thought leadership and national network around growing the innovation economy from St. Louis to Washington, D.C.

Through the Innovation Advocacy Council, SSTI and its member organizations have helped shape multiple bills and policy proposals, and have secured $52 million in funding for the Regional Innovation Strategies program, which was not previously funded before the IAC began its advocacy. The Regional Innovation Strategies program, under the Economic Development Administration, awards grants that build regional capacity to translate innovation into jobs. 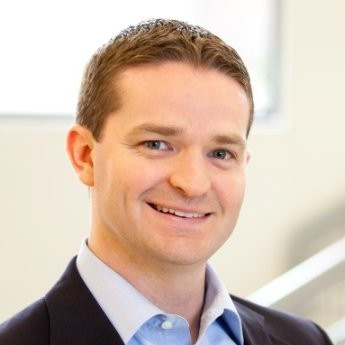