BioGenerator invested in Benson Hill when it needed money. Now it’s worth $2 billion

On Tuesday, Benson Hill’s CEO Matthew Crisp rang the opening bell at the New York Stock Exchange. The company is now a publicly-traded entity — one valued at $2 billion.

But in its first early years, the crop improvement company struggled to keep its lights on — literally. It found support from a St. Louis-based biotech accelerator that specializes in launching startups. BioSTL's investment arm, BioGenerator, provided the emergency funds it needed. Ultimately, BioGenerator funded Benson Hill in four different rounds, kicking in a total of $775,000.

Charlie Bolten, senior vice president of BioGenerator, was among the St. Louisans by Crisp’s side earlier this week.

“What an incredible moment for St. Louis and for everyone who has been part of this company,” Bolten recalled on Friday’s St. Louis on the Air. “Just to be there at the center of commerce for the U.S. and really the world, and see our little company from St. Louis — not so little anymore, but growing quickly — there, center stage. The whole building was lit up with Benson Hill. Times Square was lit up with Benson Hill. What a day.”

As Bolten recalled, Crisp originally planned to build the company he co-founded in North Carolina. But BioGenerator predicated its investment on the company moving to St. Louis.

Bolten noted that the investment didn’t come without risk.

“This is a company that had ideas — that had no data and no facilities, had no people and needed capital to get started,” he said.

“You're betting on people who have a vision,” he explained. “Matt and the team were so credible: The combination of business experience and business leadership with world-class science from the Danforth Center. Not a lot of information other than that vision, but it was compelling for us to get started and give them an opportunity. And as they grew, we continued to invest.”

Bolten sees huge potential for agriculture technology startups in the region. He said money that BioGenerator garners from selling its shares in Benson Hill (what a spokeswoman estimates will be worth 11 times its initial investment) will go towards discovering “the next Benson Hill.” 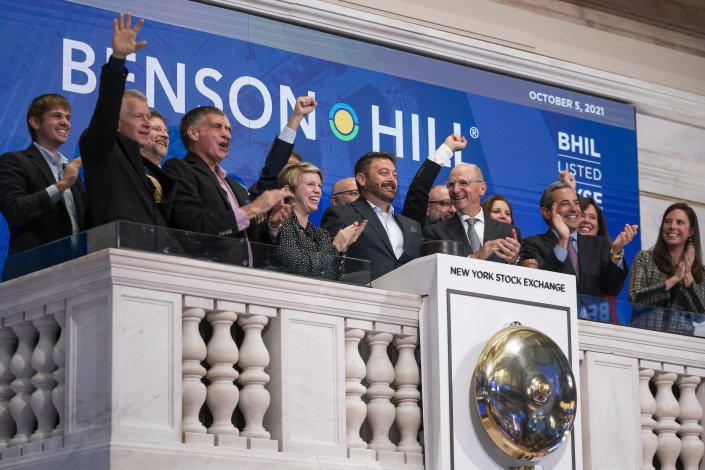