ST. LOUIS – Galera Therapeutics, Inc., a clinical-stage drug discovery company, whose research and development is based in St. Louis, today announced that it has secured $150 million in a joint, oversubscribed Series C financing and royalty purchase agreement. This marks the largest ever Series C raise by a St. Louis bioscience company. With multiple financings over time, the company has attracted a blue-chip syndicate of venture, strategic, and later-state investors to advance its breakthrough therapy to prevent a common, debilitating side effect of radiation cancer treatment.

Galera, founded in St. Louis by an experienced team of pharmaceutical and biotech veterans, plans to use the proceeds to advance the clinical development of its promising new drug candidate GC4419. The company has generated data in early and mid-stage stage clinical trials supporting the efficacy and safety of GC4419 to reduce the incidence and duration of severe oral mucositis, a side effect of radiation treatment in head and neck cancer patients that causes painful ulcers in the mouth and throat that can interrupt treatment, lead to serious infections, and make it impossible for patients to eat or even drink. Galera’s new drug is on track to become the first to prevent or treat this condition. It has earned “Breakthrough Therapy” designation by the FDA.

BioGenerator, the investment arm of BioSTL, led the Seed financing syndicate that provided the first investments into Galera. BioGenerator invested alongside the St. Louis Arch Angels, enabling Galera to de-risk its therapy and develop a data package that the company then leveraged to raise its first venture financing. BioGenerator President Eric Gulve served on the company’s Board of Directors until Galera closed on a Series A financing. BioGenerator has invested more than $500,000 into Galera over multiple financings, including supporting this Series C.

“BioGenerator was a key early supporter of Galera and our first institutional investor,” said Al Beardsley, Founder & COO of Galera Therapeutics. “Galera capitalizes on St. Louis’ historical strengths in the discovery of truly innovative small molecule medicines, exemplified by institutions like Washington University and accomplished drug hunters like John Talley and Joe Monahan, as well as our own Chief Scientific Officer Dennis Riley. We are particularly pleased, as we grow globally, to retain our research and development presence in the St. Louis innovation community.”

“In addition to the innovative scientific approach and its implications for cancer patients receiving radiation therapy, Galera’s $150 million Series C raise has exciting implications for the St. Louis bioscience community – both in terms of the quality of national and international investors involved and the sheer magnitude of the financing,” said Eric Gulve, President, BioGenerator. “The commitments from top global venture funds are validation of the quality of early-stage deals in the region, that with continued de-risking, develop into compelling opportunities for later-stage investors and the delivery of new therapies.”

“This significant Series C raise further validates the dramatic and meaningful results of our randomized Phase 2b clinical trial and the potential of GC4419 to revolutionize radiotherapy. We are grateful for the robust support from existing and new investors as we prepare to advance GC4419 into a pivotal trial for severe oral mucositis in head and neck cancer patients in the fourth quarter of this year,” said Mel Sorensen, M.D., President and CEO of Galera. “The funds provide Galera with ample financial resources to complete the Phase 3 clinical trial, begin commercial planning activities and further explore the potential of GC4419 beyond severe oral mucositis. We look forward to initiating a supportive care trial of GC4419 in radiation-induced esophagitis and a therapeutic trial in a second cancer indication, as well as continuing to evaluate the safety and anti-tumor effect of GC4419 in our ongoing Phase 1/2 pancreatic cancer clinical trial.”

Galera’s GC4419 is well positioned to address unmet medical needs. It is on target to reach patients throughout the United States by 2021. Headquarted in Malvern, PA, Galera has maintained and grown its research and development in St. Louis at the Helix Center in the 39 North life science district.

The financing includes a $70 million equity raise and an $80 million royalty financing payable from future sales. Per the terms of the royalty purchase agreement, Clarus will receive single- digit future commercial royalties from the sales of GC4419 and a related pipeline asset until the total royalty amount achieves an undisclosed multiple of the initial $80 million, upon which the royalty terminates. 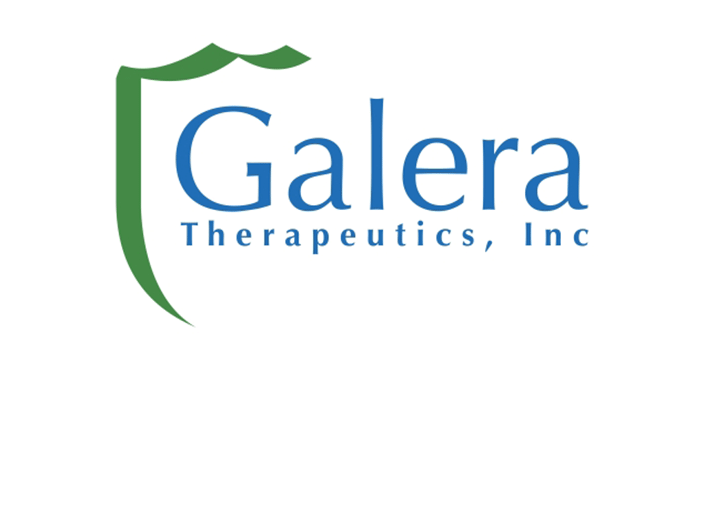