Agriculture companies have lots of job openings in STEM fields, far from the farm

Jobs in agriculture don’t just take place on the farm.

Across the Midwest, plant science and ag companies are looking for scientists and others in STEM to fill positions in labs, or in front of computers, that may not fit the traditional image of agriculture.

“When people meet folks that work in the ag industry, they're often shocked about what they actually do for a living,” said Kim Kidwell, the associate chancellor of Strategic Partnerships and Initiatives at the University of Illinois, Urbana-Champaign and a former dean of the School of Agriculture. “There's a lot of engineering, there's a lot of business, there's a lot of computer science.”

Across the industry, there’s a growing need for scientists at every level as agriculture becomes more high-tech, and employers are increasingly looking for people who don’t have a traditional ag background for different positions.

Corteva Agriscience is a global company that produces agriculture products like seeds and chemicals. The company has about 500 open jobs right now, from scientists to data engineers. About 200 of those don’t require a four-year degree. Many of the openings are in Nebraska, Indiana, Michigan and Iowa.

“People think of Corteva obviously as an ag company and they think that they have to have an agriculture degree, an agronomy degree or an ag business degree to come work for us, and that's far from the truth,” said Angela Latcham, who leads Corteva’s North America seed production and supply chain teams. “We're looking for people with nontraditional backgrounds.”

Corteva has open positions all over the country and the world. Some are in rural areas, close to the fields where they grow their crops, but that’s not the case for most jobs in agriculture.

Agricultural economists at Purdue University have been analyzing online job openings and have found about two-thirds are in metropolitan areas.

“Most of the jobs are actually not on the farm,” said Brady Brewer, an associate professor of agricultural economics at Purdue.

The need for workers with non-traditional backgrounds also extends to education. Kidwell, of the University of Illinois, said there’s an “incredible demand” for scientists at every level, including for positions that don’t require a four-year degree.

“If we don't get more people into the pipe, what's coming out of the pipeline will be grossly inadequate to support the advancement of food and ag in the way that it has the potential to expand,” she said.

In St. Louis, one community college program is trying to help fill the worker gap by training students to work in labs. St. Louis Community College’s Center for Plant and Life Sciences is a hands-on program. In fact, many of the classes take place at the Donald Danforth Plant Science Center, where scientists study plants and find ways to apply their knowledge to agriculture.

The center’s director, Elizabeth Boedeker, was leading a lab exercise with her students on a recent afternoon where they were working with cells.

“There is a huge workforce demand right now,” Boedeker said. “These two-year students that are doing their internships, about a third of the time those students get offered full time or permanent part time employment with those internship sponsors.”

The types of positions Boedeker is training students for, like agriculture and food science technician roles, are still a much smaller group compared to farm workers, but according to the Bureau of Labor Statistics, those science jobs are projected to grow much faster in the coming years than traditional farm worker jobs.

Boedeker’s students complete internships as part of their coursework, often with some of the many plant science startups and big companies that operate in the area.

NewLeaf Symbiotics is one company that regularly hires the interns through the community college program. The biotechnology startup is conveniently located in the same building where classes take place.

The company makes what Natalie Breakfield, vice president for research and discovery, describes as basically a “probiotic for a plant.”

Breakfield has a Ph.D., but she said many positions at the company can be filled by someone who has gone through an associate’s or technical training program, like the one through St. Louis Community College. These research assistants do hands-on lab work, collecting data and running experiments, while being supervised by another scientist.

“I know when I need an employee, I can call up [Boedeker] and ask her, who does she have available right now that's looking for a job, and she can send me a few resumes right away,” Breakfield said.

As St. Louis works to become a hub for ag biotech companies, Breakfield said they’re going to need more and more people in jobs like these. But one barrier to expansion is that people might not know these careers exist.

Even Breakfield said she didn’t know much about the plant science field before her first job as a lab technician.

“That was my first real introduction into working with plants and then I actually just fell in love with it,” she said. “I think if you like science, this is a good place to start and you can always go on further if you decide you want to further your education.” 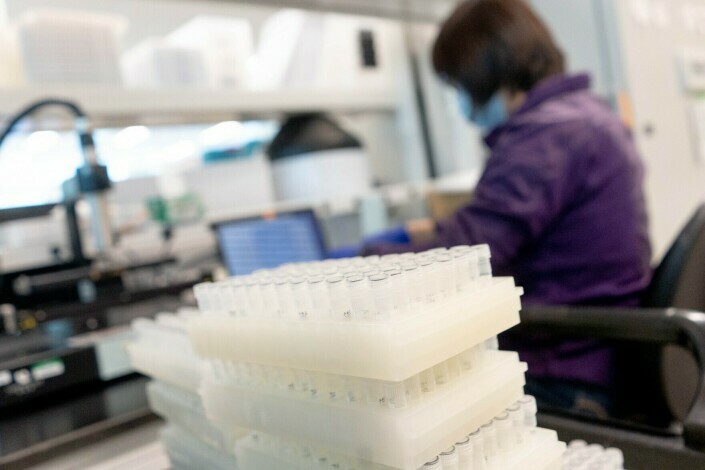