A St. Louis-based biotech startup, along with a firm based in India, have licensed a Covid-19 vaccine candidate from the Washington University School of Medicine.

Precision Virologics and Bharat Biotech, based in India, have acquired rights for a novel chimp-adenovirus vaccine for Covid-19, which is based on a common-cold virus that affects chimpanzees. As part of the deal, St. Louis-based Precision has obtained rights for the vaccine in the U.S., Europe and Japan. Bharat’s licensing includes rights to distribute the vaccine in all other global markets.

The companies said their licensing deals will advance the development and manufacturing of the vaccine technology, which was developed by Washington University Professors David Curiel and Michael Diamond.

Curiel is interim CEO of Precision and Diamond is the startup’s scientific adviser. Precision is a vaccine startup that launched about three years ago with a focus on emerging infectious diseases. The company is also advancing vaccine development for influenza, Zika virus and chikungunya. BioGenerator, the investment arm of innovation hub BioSTL, helped launch Precision and operates intellectual property rights and business negotiations for the firm.

The vaccine licensed by Precision and Bharat would be distributed through a nasal spray, which Curiel said is a key differentiator from other vaccine candidates being developed by biotechnology companies. Curiel said mouse studies of the vaccine provided “surprising results,” specifically that a single dose provided full protection and sterilized the upper respiratory tract.

"The ability to accomplish effective immunization with a single nasal dose is a major advantage, offering broader reach and easier administration," he said. "An effective nasal dose not only protects against Covid-19, but it also prevents the spread of the disease by directly targeting the cells that line the nose and throat. Most other vaccine candidates currently under development can't do that.”

The company’s findings were published in scientific journal Cell, which led Bharat to inquire about licensing the vaccine.

“It was sort of unusual for a company to come in so quickly at such an early stage, but it speaks to how promising our findings were,” Curiel said. “What made Bharat an attractive partner was they are one of the largest manufacturers of vaccines in the world and they had the ability to quickly do a phase I human trial with our new virus. They’ve promised before the end of the year.”

Bharat said it plans to conduct clinical trials in India and manufacture the vaccine at its own facility there.

“We envision that we will scale this vaccine to 1 billion doses, translating to 1 billion individuals vaccinated receiving a single-dose regimen. An intranasal vaccine will not only be simple to administer but reduce the use of medical consumables such as needles, syringes, etc., significantly impacting the overall cost of a vaccination drive,” said Krishna Ella, chairman and managing director of Bharat Biotech.

Precision plans to use Saint Louis University's Vaccine and Treatment Evaluation Unit to conduct phase one trials. The next step of testing will involve trials with non-human primates, and Curiel said the startup hopes to begin human trials by March of next year. While its vaccine candidate’s development trails those of other biotech companies, Curiel said he believes Precision’s vaccine could still play an important role in mitigating the pandemic.

“There’s definitely a feeling in the field that the first ones that are coming off the block may not be the ones that have the greatest utility ultimately. We think we’re an example of somebody waiting in the wings that may have something with exceptional promise,” he said. 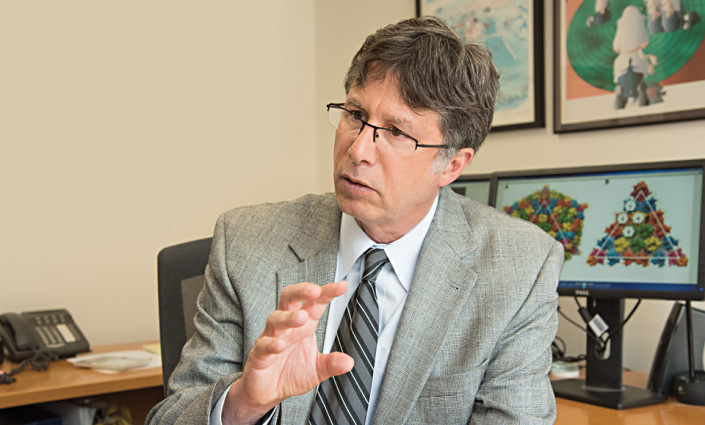