St. Louis-based clinical-stage biotechnology company Immunophotonics, which is developing a drug to provide anticancer immunity, has raised $21.4 million to advance clinical trials of its cancer treatment.

Immunophotonics said it plans to use the new capital to support clinical trials of its lead drug candidate and to pursue non-clinical research to discover other applications of its technology "both within and outside the field of oncology." Its lead drug candidate, IP-001, is designed to treat solid tumors and to be used immediately after a tumor ablation, a procedure that dismantles a tumor within the body, and includes immune-activating technology aimed at spurring immunity throughout the body.

“Our local injection of our drug after a routine local tumor ablation is intended to induce a systemic or whole body immune response against your cancer,” said said Lu Alleruzzo, co-founder and CEO of Immunophotonics

The Series B funding for Immunophotonics comes as it recently dosed the first patients in a second phase of a clinical trial in Switzerland. The company said plans to expand its clinical trial into other European nations in the near future.

Earlier this year, the company was awarded a $2.4 million small business innovation research (SBIR) grant from the National Cancer Institute of the National Institutes of Health to study IP-001 in the treatment of liver cancer. The startup said it has also received patents in more than 40 counties, including the U.S., for IP-001.

Immunophotonics has its headquarters at the BioSTL Building in the Cortex innovation district. It is a portfolio company of BioGenerator, the investment arm of local innovation hub BioSTL, and BioGenerator Senior Vice President Charlie Bolten sits on its board.

“We’re fortunate BioSTL and BioGenerator have been phenomenal supporters of our company. Without them, we wouldn’t be where we are today,” Alleruzzo said.

Immunophotonics has 13 employees. In addition to its local operations, it has subsidiaries in Bern, Switzerland and Tiajin, China. 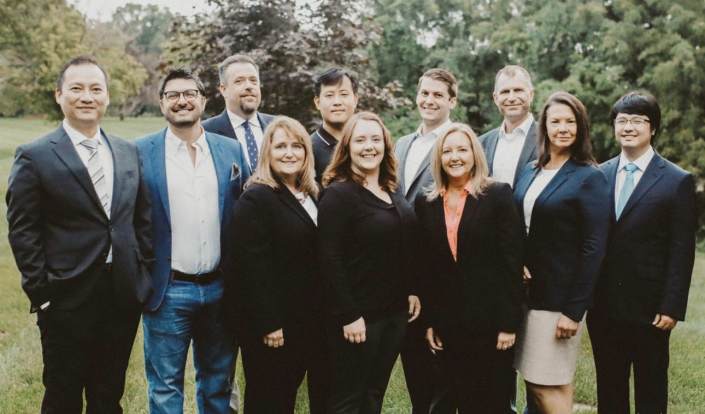